If there’s anyone you should be able to trust, it’s your doctor. A doctor-patient relationship should be one of complete transparency on both sides and you should feel open to share any information with him or her. However, doctors are also human and can make mistakes. This can be a benign mistake, such as misdiagnosing a small cold, or a terrible mistake, such as failure to diagnose a deadly illness in on time. If you feel you have a malpractice suit on your hands due to negligence on the part of a doctor, there is a competent medical malpractice lawyer in Pittsburgh or wherever you reside who can help you receive compensation for the harm they’ve caused you and/or your family. So, what type of proof do you need to show that your doctor was negligent? Let’s talk about some of the basics.

The most important part of a malpractice lawsuit is understanding the term “medical standard of care.” This is the guideline by which we judge whether the treatment a doctor provided or diagnosis they came to was negligent or not. The medical standard of care is determined by looking at other doctors in the same field, with the same education, who see the same types of cases every day. Would any reasonable, educated professional come to the same conclusion as your doctor? Would they provide the same treatment, or come to the same conclusion regarding your health? If others in the field would not take the course of action your doctor chose, it is safe to say that they made a hasty or uneducated decision and you may have a valid claim on your hands.

The first step in gathering evidence for a medical malpractice lawsuit is proving there was a doctor-patient relationship in place. This is the easiest thing to prove and will rarely be contested. Once you prove that the individual you’re in the lawsuit with is, indeed, your doctor and was providing you care, you can then move on to show the courts exactly where they faltered along the way.

Once you prove that a doctor-patient relationship existed, the next step is to show in what way their negligence caused you harm. One way a doctor may have been negligent in their care is if they misdiagnose the patient. This is when you suffer from an ailment and your doctor passes judgment on it, often diagnosing it as something less serious than it actually is. In a medical malpractice case involving a misdiagnosis, you will need to prove that the outcome could have been better for you or your family member had they properly caught the ailment and prescribed treatment in a timely fashion.

If you have received treatment for an illness or injury, but it was handled inappropriately, you may also have a malpractice lawsuit on your hands. If your doctor prescribed you medication or suggested a type of treatment that would be atypical for a competent, educated, and aware medical professional, you may have suffered greatly from this error. Your medical malpractice lawyer will need to prove that the treatment you received would not have been prescribed by any other logical professional in the field, and this mistreatment was the reason for the harm you sustained. Another way you may have experienced negligence at the hands of your doctor is if the correct treatment was given, but it was done in a hasty and incompetent way. This would occur in situations such as surgery, where the doctor will provide the correct surgery needed for your ailment, but go about it in a sloppily. Medical negligence is the misconduct you have to know these things.

READ  Why Is Mod Kits Still The Torch Of Vape Culture?

Another way you doctor may have been negligent in if they did not warn you or your loved one about the risks associated with a treatment or a medication. If you undergo surgery or take a prescription without fully understanding the side effects or risks involved, and then experience those side effects, you may be able to file a claim. It is a fundamental piece of medical ethics to make sure the patient knows exactly what’s happening so they can make educated choices about what they decide to do with their body. In the medical community, this process is called informed consent.

Your lawyer will take all these factors into consideration when they represent you. They will prove that negligence on the part of the medical professional caused you further damage and, should a competent doctor look at your condition, they would have logically came to the correct conclusion about your diagnosis or treatment. 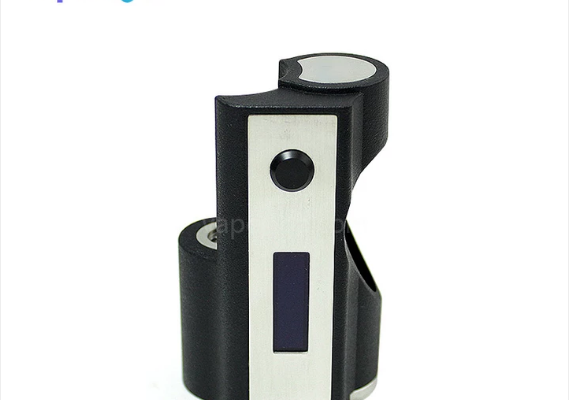 Why Is Mod Kits Still The Torch Of Vape Culture?

Tips For Parents How To Cultivate Love Of Music

This site uses Akismet to reduce spam. Learn how your comment data is processed.

Relax and Study in the Town of Bansko

A number of scientific studies over the years have proven that the most appropriate age for a child to start...